„Just as in the images he made on a commission, also in his private, artistic endavours he set out abstraction as a goal, yet without eliminating the traces of humans, objects or landscape. His images are shattered splinters of reality: at times you see dancing couples who are dissolved in dark and light specks of colour, only to find each other in the next embrace; at times children throw shadows at the basketball court so long that it seems as if it were giants jostling for the ball.”

„He obtained also dizzying contrasts between whites and blacks, achieved superb tonalities even within the blackest of blacks. Banal views of his hometown of Pécs – vineyards covered in snow, an empty movie hall, newly built blocks of flats – thus become true graphical constructs characterised by their unmistakebly free use of perspective and a composition that is, first and foremost formalist.”

Little known outside of his native Hungary, the body of work Szász created from the late 1950s through the 1970s, epitomizes the artistic vision and innovation of photographers active in Hungary at that time. Featuring boldly graphic abstractions primarily drawn from Hungarian life and landscape, Szász’s images communicate through a universal vernacular. Working in the tradition of Hungarian greats such as André Kertész and László Moholy-Nagy, János Szász’s images are notable for their experimentation with radical perspectives, formalist compositions, and stark, black and white contrast printing.

“Architektura from 1970 has the composition of a German expressionist film still and captures brutalist architecture — popular in the Eastern bloc — at its best. It is also an exquisite example of Szász’s highly syncopated dance between high-contrast palette and composition.

Shot at a vertiginous angle, a concrete stairwell takes on a majestic presence in blinding light and pitch black. The stairs, with tiny white squares and double-striped lines leading to the top, are cast under the building’s blocky shadow. At the top of the steps is a human silhouette, backlit in mid-motion. The construction dwarfs the figure, and the image captures a feeling of monolithic power.” 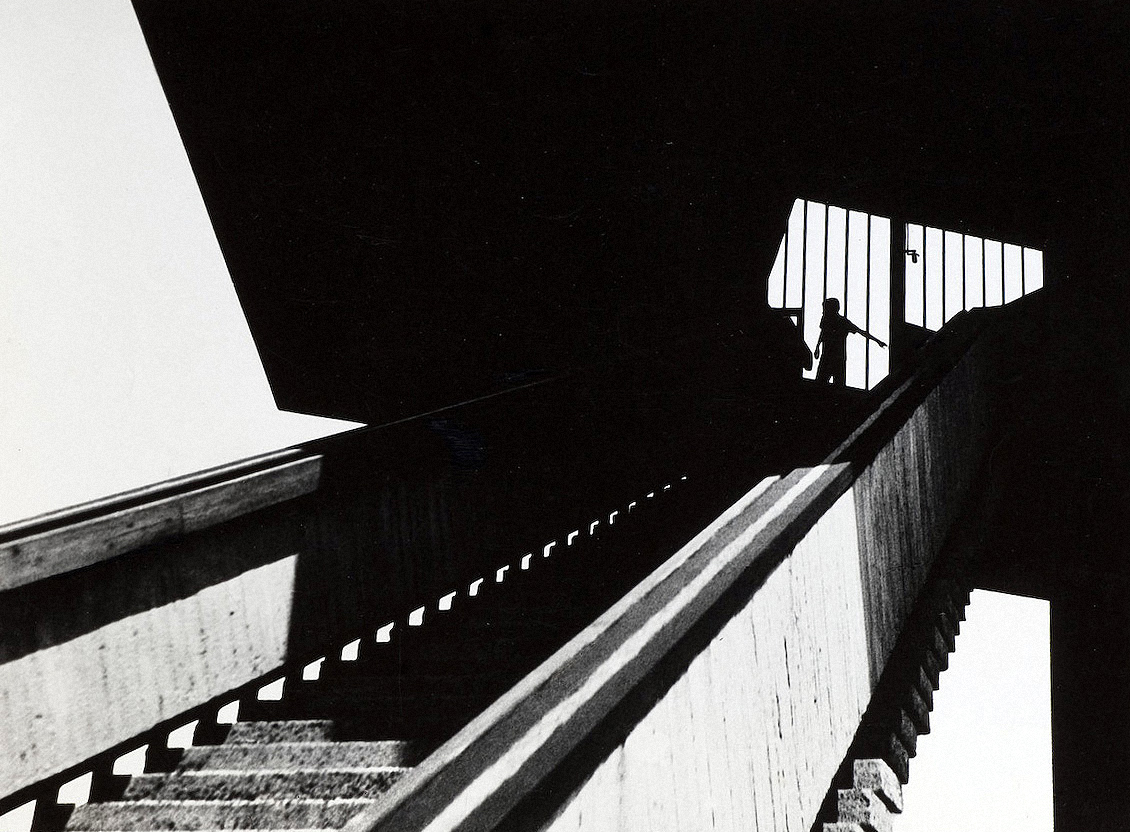 “Rhythm from 1960 and Auditorium from 1980 also illustrate Communism’s colossal presence. Both are shots of seemingly endless rows of theater seats. “Rhythm” has no people, while “Auditorium” shows one man sitting alone. The near absence of humanity makes the theaters architectural and coolly beautiful, faintly haunted by the powers that built them. 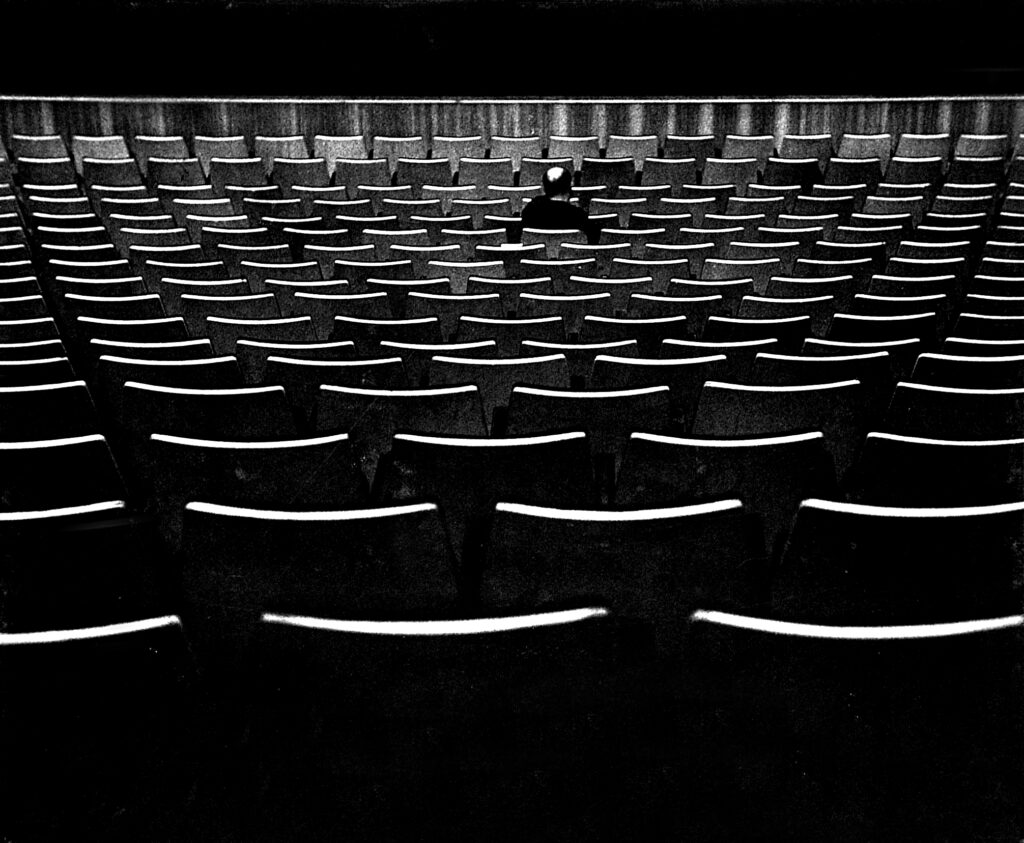 “School Ball (1965) is a sweeping cinematic blur. Taken from an aerial position, the picture is of a densely populated dance floor, with the dancers’ faces a beautiful blur — much like a Gerhard Richter painting.”